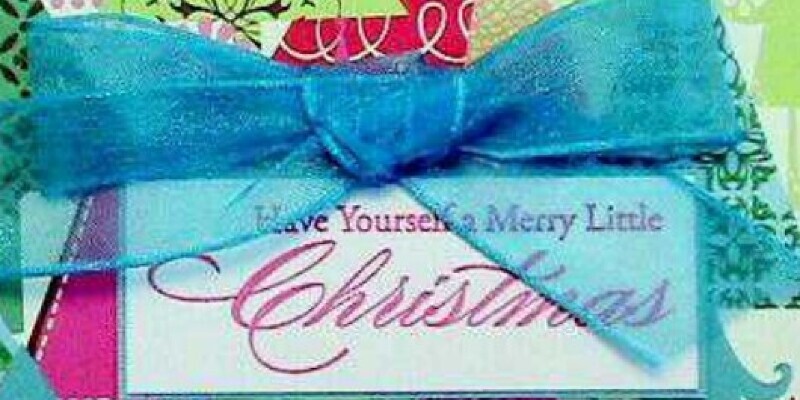 Selena Urquhart’s design philosophy is simple: “Start with comfy, practical bits and add amazing bits that you love,” she states. She applied this approach with her husband, Alun, when they rehabilitated a 1920s bungalow at the Vickery Place historical district of Dallas.

“It was a darling home with a new roof, but I was happy to find that it was not updated,” she states. “I wanted to try my hands at some DIY home improvement jobs.” After eight decades of living at the home, Alun and Selena have given almost every surface personalized touches; jobs include a hand-stenciled wooden deck, a custom-made breakfast nook and painted built in bookshelves.

The couple eliminated a nonstructural wall which used to separate the kitchen and an unusable breakfast nook. Alun, the chef at the family, had any very particular requests for the space, like a way of maintaining cooking smells confined to the area. “I wanted to have the ability to close off the kitchen to the rest of the home,” he states. “Nobody enjoys a curry smelling up the remainder of the home.” The kitchen now has two doors leading to both the dining area and their home office which may be closed if needed.

To prevent an expensive renovation process, they did most of the work themselves and enabled the kitchen remodel to be a work in progress for several decades. “I discovered that the granite countertops used, bought a stone saw to cut down them and installed them myself for under laminate,” Selena says.

“Considering that the kitchen is the husband’s domain, the colors [white and red] are based on the colors of his hometown football team, Clydebank Football Club in Scotland,” says Selena.

Selena assembled the banquette based on plans she discovered online. She then made the cushions, pillows and plaid Roman colour (another nod to her husband’s Scottish tradition).

The dining table is a cast iron Singer sewing machine base (Singers were built in Scotland until World War II) topped with a slice of scrap marble Selena got from a buddy.

A doorway coated in red chalkboard paint and Selena’s own hand lettering contributes to the coffee bar, an important part of the couple’s day. “I scribble about the doorway for vacations, greeting guests,” Selena says. “I would be a sign painter in another life. I really like fonts and hand decoration”

The black coffee pub was originally in Selena’s grandfather’s barn. With a depth of just 15 inches, it is a versatile bit. The Urquharts like to travel, and their many trips are depicted in the photographs over the pub.

Like many bungalows in the Vickery Place neighborhood, the home has amazing built-ins, a brick hearth, original hardwood floors and trim detail throughout. Magnus often lounges in the front of this fireplace. The chimney isn’t functional anymore, so Selena stuffed it with a bunch of glass jar candles from the dollar store.

Selena and Alun state they don’t always see eye to eye paint colors. “I like cool colors, like blue and purple, but Alun enjoys warm reds and oranges,” Selena says. “My concept is that being from Texas, I am drawn to cool colors to be soothed from the heat. However, Alun is from Scotland’s cool climate and wants the hot tones.”

Scottish architect, designer and artist Charles Rennie Mackintosh is a massive design influence for Selena. The metal art displayed on the mantel was an ancient welding endeavor that Selena created according to a Mackintosh stained glass design.

“I love antiques, but I also love a blank line,” she states. “I don’t like clutter, but I like to collect, read, craft. So my design is an attempt to make those things work together.”

When designing a room, Selena usually uses one key thing as a jumping-off point. The living room began with a photograph she took while visiting the Greek island of Santorini, in which white and blue feature prominently. “The living area is a testament to my love of all things white and blue,” she states.

Blue and white porcelain garden stools set together with cobalt glass accents around the area. The classic sunburst clock belonged to Selena’s grandmother, and the white and blue pillow cover was created by Fiona Douglas of Bluebellgray.

The metal shelving units are Selena’s latest slip. She bought them out of her neighbor, a seller at First Monday Trade Days in Canton. “He was unloading them and I asked how much he wanted to not transport them to Canton this week,” she states. “I like purchasing from my front yard.”

They obtained the oversized art nouveau poster in Prague, in the Alphonse Mucha Museum. “I bought $6 value of wood in the timber yard and built a framework for this,” Selena says. The stained glass windows are original to the home.

The buffet and matching hutch would be the first two bits Selena bought right from school. She took a second job simply to make the purchase.

Alun’s favorite place in the home is the home office, which is just off the kitchen. “When we had been looking at the home for the very first time, I saw that space with eight significant windows and said, ‘Mine,'” he states.

Alun displays a collection of Scotch on the upper left shelf. The back of this bookcase is painted in Prickly Pear by Behr.

In regards to making design choices together, Selena says compromise is key. “When Alun has a notion, I take it seriously. He’s really good thoughts. I really like the orange color he depended on for the office.”

During the spring and fall, Selena’s favorite place to be is to the rear deck. “It’s the perfect spot for coffee together with the husband weekend mornings,” she states.

She painted a faux carpet onto the wood deck using a handmade stencil. She left the final layout unsealed so that it’d processor, for a distressed look. Selena built the purple seat using two broken Adirondack chairs.

The jumping-off point for the guest room decor was that the floral duvet cover. Lavender walls, well-loved antiques and family heirlooms create a serene vibe. Selena discovered the wingback chair for free, and the cream-colored dressers are from a neighborhood garage sale. As for the feminine colour, Selena states, “As long as I am not suggesting the colors of the opposing football [soccer] team, Alun usually gives me free rein.”

Selena’s most recent DIY job is the serving tray, which she lined with pennies in an ombré routine, beginning with all the shiniest pennies on one side and moving to the dingiest pennies over the other.

The lavender walls continue in the house’s only bathroom, which the Urquharts completely remodeled. They tore three distinct colors of pink tile and substituted it with white wainscoting and era-appropriate white and black tile floors. Selena, who tiled herself, says, “This is my first attempt at tile work, but you never know what you can do until you try.”

Selena transformed a simple glass cabinet using gift wrap secured with tape. “The crystal clear glass was only sharing a bit too much,” she states. “Shaving cream cans, ibuprofen bottles and spare rolls of toilet paper are simply not that pretty. I change out the paper pattern when the mood suits.”

The art piece is a hand-painted wedding invitation by a friend. The quote is from Shakespeare’s Henry VI, Part 3: “Now join your hands, and with your hands your hearts.”

The exterior has conventional brick base pillars, a gabled roof and a spacious front porch. “Since we have just one car, we were glad to get a home within a mile of Dallas Area Rapid Transit,” Selena says. “We also love being walking distance from some of Dallas’ best restaurants and biking distance of White Rock Lake.”

A porch swing and two glowing yellow retro chairs surround a wood base table, which Selena rubbed with cedar oil to keep the Texas mosquitoes.

Selena hand stenciled the tabletop. To create the stencil pattern, she published the stencil picture on paper, slid the paper into a clear plastic report cover and then, using an X-acto knife, then followed the lines of this stencil and cut the plastic into the desired shape. Rather than paying $30 to get a designer stencil, she’s out just 99 cents for the pay.

Selena loves her morning cup of coffee while Alun operates behind her at the office.

See more pictures of this home | Show us your home!