Hens Nest in Style in a Modern Nevada Coop 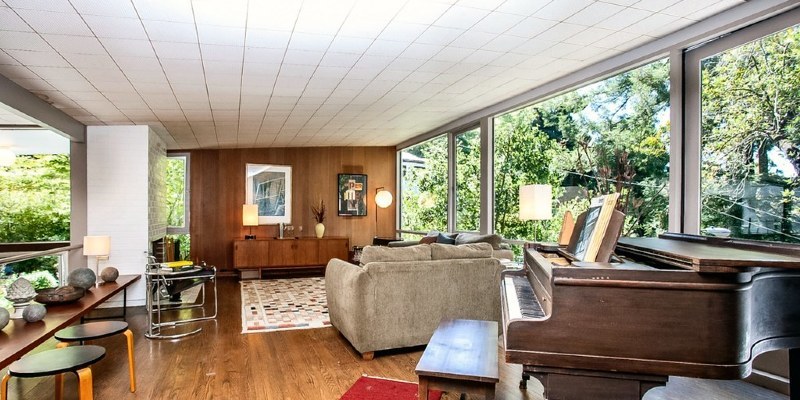 Hens Nest in Style in a Modern Nevada Coop

“Designing for chickens is not much different than designing for people,” claims designer Jen Dalley. When Dalley decided to host a small flock in her Ely, Nevada, backyard, she used a number of the principles out of her interior design job in her new chicken coop. Supplying the essentials — security, food and comfort — came, but she constructed an efficient space which looks fantastic, too.

With 40 square feet, the coop (nestled inside a toolshed) has more than enough space for Dalley’s chickens, Ruby, Hiko and Ash.

Even though the designer wanted to coop to appear great, the proper location was just as significant. The chickens needed a space where they could roam but stay safe, since neighborhood dogs frequently wind up unannounced, therefore Dalley constructed a 100-square-foot chicken run outside the coop. The chickens enter the henhouse through the small door shown here.

“Any layout problem I handle begins with the exact same straightforward questions,” says Dalley. “Who’s the user? What is the function? How can the answer inform a story about its circumstance?”

The coop gets a modern twist with diagonal cedar planks, aligned in the very same angles as the cross bracing inside the drop. The cedar is unsealed and will weather and gray with time. A hanging tumbleweed which Dalley along with her husband found on the property adds a little rustic decor and filters some of the light in the overhead bulb.

High nesting perches, where chickens love to sleep, go down the back wall on a diagonal. The underside perch is close enough to the nesting box which the chickens can jump in readily.

Galvanized metal water and food containers hang from wires on a ceiling beam. Considering that the chickens love to scratch around and kick up the pine shavings on the ground, Dalley increased their food containers to maintain the space clean.

The double-wall water container uses vacuum pressure to maintain the water level consistent. During the freezing Nevada winters, Dalley places an electrical heat base on the container so that the water won’t freeze.

Even though there’s just one nesting box, Dalley made it fairly big — 2 feet long and one foot deep — so there’s more than enough space for the chickens.

Dalley wanted to be able to gather the eggs without actually going in the henhouse, so she set a hatch door on the nesting box, which she can start from outside. A bright orange color matches a number of the instruments stored in her shed.

The branches for the perches were salvaged from a tree-trimming job in Dalley’s yard.

The toolshed and henhouse sit 15 feet from the main home, in Dalley’s big backyard. The chicken lien originally was conceived as a means to reduce the quantity of time they would need to spend mowing their big lawn.

“We also loved the idea of having a fairly high heeled pet, one which still rewards with beautiful eggs,” says Dalley. “We knew we could give a couple cows a nice spot to cluck and peck.”